In this article, we will discuss
creating clustered VMs on the VMware’s ESX 3 Server. There are several options for
doing so. You can create a cluster on a single ESX host. This is generally the
easiest way of doing things. However, you might want to test and spread your
nodes out across ESX hosts. That is possible as well. Or, if you do have a test
or development RAC on physical hardware and are willing to move your RAC to a Virtual
Infrastructure, you can go on and add another node; but this time just on the
VI3 stack. By gradually deleting nodes from the physical infrastructure and
adding nodes to the VI3 infrastructure, you will migrate your RAC to VI3!

We won’t delve too much into
clustering concepts here; you basically use cluster technology in order to
achieve high availability or/and scalability. We can cluster nodes by the
means of software and hardware clustering solutions. Typical applications like
Oracle RAC come to mind when thinking of cluster-aware applications. A typical
clustering setup would be a couple of nodes, sharing the same disk, much like
our Oracle RAC, mail servers, etc. The shared disks (LUNs: Logical Unit Number)
must reside on a SAN using Fiber Channel (FC). Usually you have an extra
network connection for cluster heartbeat traffic, much the same as Cache Fusion
for Oracle RAC.

Testing
Oracle RAC’s installation and even doing a demo to the audience at a client
site is fine, but if you want to try migrations, upgrades or patches, it is
advisable to use ESX Server. In fact, most of my readers are ESX users, and DBAs
who want to learn their RAC are increasingly deploying Oracle RAC in their
test, development and even staging environments. Production environments are
not yet running RAC on ESX but I won’t be surprised if there are environments
that have Oracle RAC on VMware’s ESX. I have seen a reasonably intensive single
node Oracle on ESX. Moreover, the OS was Windows!

Coming
back to the types of clustering for your Oracle RAC options:

The
steps are simple here. We first create our first node.

1.
Start your VI
client and log on to the Virtual Center or the ESX Host itself.

3.
RAC Resource
pool: If you want your RAC to run within a specific pool that has high CPU
shares then you will use this to create your VMs.

4.
Datastore: It
could be on your SAN (Storage Area Network) or DAS (Direct Attached Storage).
For Linux/Unix, I usually create two disks. One 10G and the other with 4G for
swap.

8.
Network: We
create two NICs. One for public and the other for private.

Eventually
depending on your clustering preferences it will look like this after the first
node creation: The final picture might look like this; do note that we
created virtual switches in the ESX that allow for high speed interconnects
while staying totally disconnected from the physical NIC of the ESX server. The
public virtual switch connects the nodes to the application via the hosts NICs
: As you see, this is not hard to achieve. Following simple
tasks you can have your virtual machines up and running in no time. You create
and customize your first node, create the second node, add storage (including
shared storage) and configure the IP addresses.

How to create shared disks on the ESX host?

This isn’t that hard either. Just execute the following steps on the
ESX host:

1.
Logged into ESX as root on the
remote secure shell, you could use putty on windows or simple ssh command on
your Linux OS.

Create and Zero out the disks using the following command:

2.
Zeroing out an existing disk can
be done : vmkfstools [-w |–writezeroes] /vmfs/volumes/<mydir>/<myDisk>.vmdk

3.
Open edit settings for node one
and select add existing disk; browse to the datastore and create a new SCSI
device by choosing SCSI(1:0)

4.
Upon adding your first shared disk
you will notice that a new SCSI controller is created.

6.
Repeat these steps on all of the
nodes.

7.
Select the SCSI controller , in
the edit settings pane, check if the controller type is set to LsiLogic

8.
In the same panel set the SCSI bus
sharing to Virtual (as illustrated)

* : In the Solaris 10 installation for the Oracle RAC 10g R2 testbed, I encountered a funny problem. After having installed the OS and configuring all of the memory limits, ssh equivalency, I then moved on to cloning my VM (which was fully prepared) on the Virtual Center. Then I added shared storage and upon restarting the OS, I lost my vmxnet0 NIC. This happened because I added another SCSI controller for the shared disks and the PCI slots shifted, making the OS to assume that the NIC was removed. So in Solaris RAC on ESX, make sure that you add all of the disks while creating the VM and then proceed to install the OS.

1.
Strangely enough, even after
checking the type LsiLogic, you get a warning (per shared disk on that
controller) regarding the type. Click yes to all of them.

2.
Use Virtual Center to clone the fully ready node and save configurations, which you
can always fall back on should things go wrong.

3.
If you don’t have Virtual Center, then use VMware Converter to make a backup copy and also create online
clones on the ESX machine.

In the next installment, we will explore the Shared Storage considerations across the ESX
hosts and also Oracle RAC clustering between VM on ESX and on an Oracle node on
a physical host. 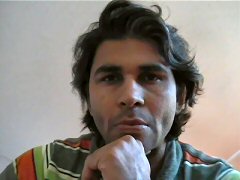 Tarry Singh
I have been active in several industries since 1991. While working in the maritime industry I have worked for several Fortune 500 firms such as NYK, A.P. Møller-Mærsk Group. I made a career switch, emigrated, learned a new language and moved into the IT industry starting 2000. Since then I have been a Sr. DBA, (Technical) Project Manager, Sr. Consultant, Infrastructure Specialist (Clustering, Load Balancing, Networks, Databases) and (currently) Virtualization/Cloud Computing Expert and Global Sourcing in the IT industry. My deep understanding of multi-cultural issues (having worked across the globe) and international exposure has not only helped me successfully relaunch my career in a new industry but also helped me stay successful in what I do. I believe in "worknets" and "collective or swarm intelligence". As a trainer (technical as well as non-technical) I have trained staff both on national and international level. I am very devoted, perspicacious and hard working.
Previous articleOracle Database 11g Release 1 New Features Summary, Part 2
Next articleSqlCredit Part 7: Performance Impact of EncryptByCert and DecryptByCert