Prior to SQL Server 2017, query processing was a uniform process with a certain set of steps. The SQL Server query optimizer first generates a set of feasible query plans for a query or batch of T-SQL code submitted by the database engine to query optimizer. Based on the cost of the query plan, optimizer selects the lowest-cost query plan.

This end to end process (query plan generation, and submitting the plan for processing) once started, has to run to completion. Please see Understanding a SQL Server Query Execution Plan for more information.

The accuracy of cardinality drives a better quality of query execution plan and more accurate allocation of memory, CPU to the query. This improvement leads to a better and improved execution of query, known as adaptive query processing. We will discuss exactly how SQL Server achieves this in rest of the section,.

Prior to SQL Server 2017, the behavior of Query Optimizer was not optimal; it bound to select the lowest cost query plan for execution, despite poor initial assumptions in estimating inaccurate cardinality, which led to bad query performance.

There are certain facts associated with each Adaptive Query Processing technique while optimizer improves the query performance using these techniques.

Interleaved Execution. There are some restrictions; 1) the MSTVFs must be read-only, 2) the MSTVFs cannot be used inside of a CROSS APPLY operation, 3) the MSTVFs are not eligible for interleaved execution if they do not use runtime constants.

There are multiple options to configure Adaptive Query Processing. These options are as follows:

See all articles by Anoop Kumar 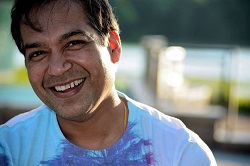 Anoop Kumar
Anoop has 15+ years of IT experience, mostly in design and development of Enterprise Data warehouse and Business Intelligence solutions. Currently, Anoop is working on various Big Data and NoSQL based solution implementations. Anoop has written many online technical articles on Big Data, Hadoop, SQL Server and SSIS. On an education front, he has a Post Graduate degree in Computer Science from Birla Institute of Technology, Mesra, India. Disclaimer : I help people and businesses make better use of technology to realize their full potential. The opinions mentioned herein are solely mine and do not reflect those of my current employer or previous employers.
Previous articleOracle’s Conventional Export (exp) May Cause Problems
Next articleMoving from Oracle Solaris to x86