Changes in customer behavior have caused a new focus for the structure of commercial databases. The flexibility of data storage is essential in fulfilling the demands of customer needs and predicting future business. MongoDB and MySQL are both valuable database solutions that align to this shift in commercial objectives in database management systems. The difference between the two applications is that MongoDB is an object-based system, while MySQL is a table-based system.

For its part, MongoDB is a database that features bulk data storage through a NoSQL
structure in a document format. The main feature of this software is the option to modify documents and their variables. MySQL, meanwhile, functions through a query system where data can be searched and its point of relation identified.

When deciding between MongoDB vs. MySQL, having knowledge of the language structure is important. MongoDB simplifies the data query process, but MySQL has a proven record of Structured Query Language (SQL) for defining and manipulating data. In order to understand which software is better, this database programming and administration tutorial will analyze the features of these applications to identify which one is better.

If you opt to choose MySQL as your database of choice, you should check out our article: Best Online Courses to Learn MySQL, which has a great list of database administration classes that will help you get started.

MongoDB is a database management system that uses NoSQL queries, while providing flexibility and scalability functions. MongoDB is a non-relational database system that uses the JavaScript language to search data and modify documents into smaller sizes. Commercial companies rely on MongoDB because it is compatible with multiple storage engines.

The database management software retains a dynamic structure that favors the organization of information, making data modification faster than other database options. This process also makes data management more efficient and faster, especially when large documents need to be encoded into smaller sizes. MongoDB uses JSON and BSON languages to make data management more flexible and lighter to process when compared to MySQL.

MongoDB faces competition from 20 NoSQL database vendors. It leads the market share of other NoSQL databases with a 48.05% lead. The major competitors of MongoDB include NoSQL, with 24.41%, Amazon DynamoDB at 9.74%, and Apache Cassandra with 5.56%. The United States has the highest number of customers of MongoDB with 33.41%, followed by India with 9.95% of customers, and the United Kingdom with 5.84% of users.

MongoDB is typically used for designing specialized data sets through document compression and is able to adapt to data variations. Geospatial data format does not require technical monitoring when structures show variation, because MongoDB has resilient data structures. MongoDB also functions in multi-cloud application environments. The database system can execute cloud services based on personal configuration to support both current and future software needs. Healthcare, gaming, retail, telecommunications, and finance industries – to name but a few – rely on MongoDB for software development for database-driven applications, data management, data analytics, and solutions to server issues.

Below are some of the key benefits of MongoDB:

What are MongoDB’s Cons?

Below are some of what we consider to be MongoDB’s cons and negatives:

You can learn more about MongoDB’s latest features and updates by reading our cousin sites coverage of MongoDB’s Conference.

MySQL is a relational database system that serves client-server systems in storing data. It is a reliable system that supports the classification of data in rows and tables. MySQL operates through the master-slave approach, where replication and backup of data is possible, making it very reliable. Atomic Data Definition Language is also possible with MySQL, which provides storage engine operations and updates for the data dictionary to simplify transactions.

MySQL ranks second in the world in the database market. The relational database management system has 44.04% of the market share based on its support for web development and applications like phpBB and WordPress. MySQL is easy to customize and is open-source software.

Small, mid-sized, and large enterprises can use MySQL for data storage management because of its built-in functions. The software has a 31.39% market share in the USA and has a proven record of being scalable to major business functions, like marketing. Twitter and Facebook are popular social media websites that were developed, in part, through MySQL. Oracle is the major competitor to MySQL in the database management market.

Below are some of the benefits of using MySQL:

Some of the cons of MySQL include:

Below, we compare the differences between MySQL and MongoDB database solutions.

MongoDB is more user-friendly than MySQL. MongoDB has a predefined structure that supports the entry of different information to the database without having similar fields. However, MySQL demands the configuration of columns and tables. Also, the structure of the database cannot be changed depending on the number of columns.

MySQL uses the Structured Query Language – or SQL – while MongoDB functions through JavaScript as a query language. Some consider MongoDB is to be better than MySQL because the design of data structures is limitless.

MongoDB supports cloud-based services that are essential to online transactions and data storage management. MySQL does not support cloud-based services because its priority is data security. MongoDB is better than MySQL because of this feature gets a slight edge here if you are a cloud developer.

Software support is consistent with MongoDB because the company publishes bug reports and security updates as a part of the ongoing development of the software. Oracle develops updates and fixing problems relating to MySQL. However, the updates are not frequent on MySQL, which makes MongoDB the winner here.

MongoDB integrates with multiple storage engines with a dynamic structure design that favors simpler configuration for data management. The software uses JSON language and MongoDB query language to change the structure of JSON and BSON documents. In contrast, MySQL uses the Structured Query Language to organize and manage databases. MySQL supports C, C++, and JavaScript languages. MongoDB is more flexible than MySQL in integrating databases because it can embed additional data in existing file stacks. From an integration perspective, these two are evenly matched.

MySQL makes it simpler easier to execute structured commands because it uses Structured Query Language. This condition means creating commands for data queryries is easier because of Data Definition Language and Data Manipulation Language. With MySQL, you can link several documents and data with minimal commands. In contrast, MongoDB requires several commands to execute data configurations because it uses a non-structure system. MySQL is better for collaboration because combining different files is easier in MySQL than it is in MongoDB.

MySQL is better than MongoDB in pricing for small businesses and individuals because it is open-source software. This standard means that any web developer or business can use the software for database system management. The Enterprise Edition of MySQL costs $5000 annually for web developers and end -users.

MongoDB requires a licensing fee for its Enterprise Edition that includes additional security protocols, data monitoring, authentication, administration, and a memory storage engine. This package costs $57 per month. The open-source version of MongoDB is less advanced in functionality compared to the paid option. For this reason, MongoDB is better than MySQL..

The Verdict: MySQL or MongoDB

MongoDB is better than MySQL because it takes a shorter time into query data, which is that is important for managing databases relating to customer behavior. Although when handling structured data, MySQL is better than MongoDB,; when there is a query against unstructured data, MongoDB is preferential. In the database management market, speed and performance are significant to many businesses. MongoDB can deliver speed and performance given its fast queries of data, as well as the ability to handle both structured and unstructured data.

Real-time analytics is a benefit that comes with MongoDB and gaining quick query results is possible through object database systems like MongoDB. With MySQL, the data queries take longer, so configuration can delay after updates. However, in terms of security protocols to protect private information, MySQL is better than MongoDB because it uses a relational database system.

At the end of the day, there are many factors that might make you choose one database over another. Weigh the benefits and drawbacks of each against the needs of your particular project.

Looking for more database comparisons? Check out our article on PostgreSQL vs MySQL. 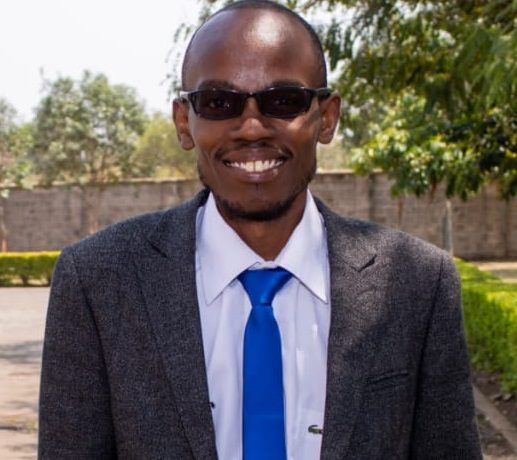 David Manda
David Manda is a contributing writer for Database Journal. His background is in education, technology, and digital marketing.
Previous articleBest Online Courses to Learn MySQL
Next articleBest Courses for Database Administrators